‘The Castle Chronicles. Annals’ is an academic journal affiliated with the Royal Castle in Warsaw and published by the ‘Arx Regia’ Publishing Centre. The content of the texts published in the chronicles focuses on the history and functioning of the court, the most important state authorities in the Polish-Lithuanian Commonwealth and Europe, the history of collections and collecting, and also the history of the Royal Castle in Warsaw and its collections.

In addition to research articles concerning the fields of history, the history of art and archaeology, it publishes critical editions of primary sources source, reviews, and discusses the most recent publications and exhibitions.

The first issue of ‘The Castle Chronicles’ was published in 1983. The first editor-in-chief was Professor Aleksander Gieysztor, and in 1992 the role was taken over by Professor Andrzej Rottermund. In the years 1986 –1991 the journal was published every two months, in 1992 it was a biannual publication and in 2015 it was published once a year with a new layout.

Guidelines for the submission of texts

The editors of ‘The Castle Chronicles. Annals’ will only accept original, unpublished texts. All texts should be prepared in accordance with the editorial board’s recommendations (see: Editorial guidelines).

Submitting a manuscript is tantamount to the author declaring openly that the work has not been published previously and has not been submitted for publication to another journal, and also that the author consents to the text being reviewed in accordance with the guidelines adopted by the ‘The Castle Chronicles’ (see: Guidelines for reviewing articles).

Initial verification of the texts will be performed by the editorial board. Texts which are accepted will be passed to the reviewers.

If the text is accepted for publication an agreement will be concluded between the Royal Castle in Warsaw – Museum and the author of the text. ‘The Castle Chronicles’ has procedures in place which are intended to prevent instances of non-disclosure of ghostwriters and guest authorship. 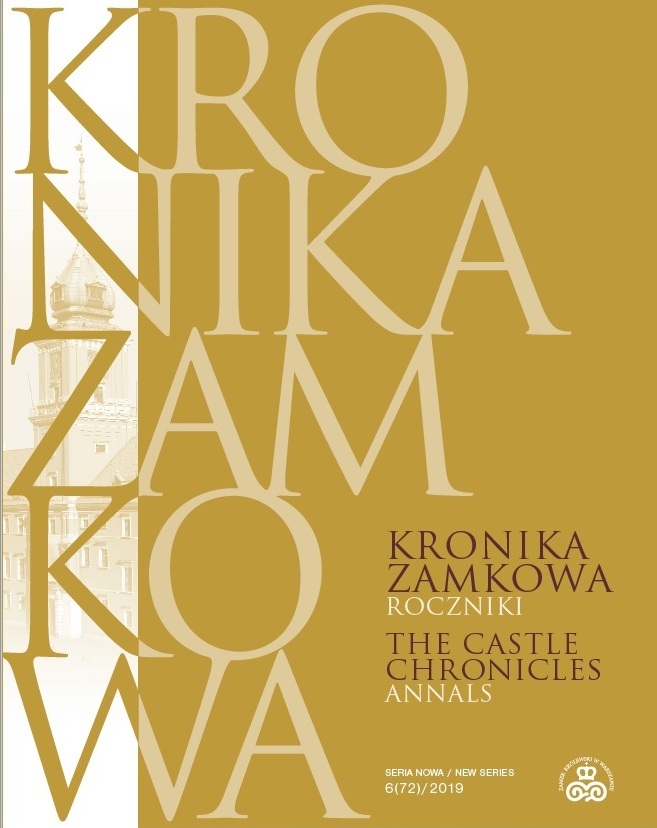 The current issue and back issues of ‘The Castle Chronicles’ can be obtained from The Royal Castle in Warsaw’s on-line shop.

Back issues in on-line version are available here.