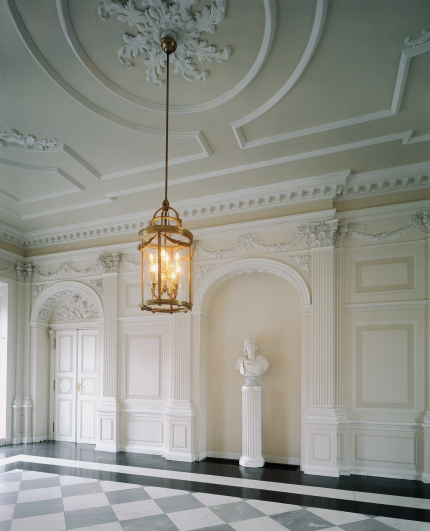 Hall of the Crown's Horse Guards

The Hall of the Crown's Horse Guards is located behind the Great Stairs. It was here that the Horse Guard, dressed in red and green uniforms, presented arms when the royal guests arrived for an audience with the king. 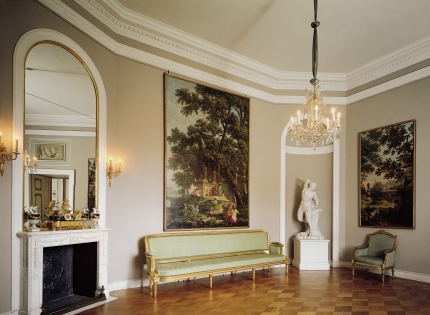 The Officer’s Room was where the Crown Horse Guards carried out their duties. The room contains five notable paintings by Jurriaan Andriessen depicting Arcadian scenes, and a statue of Marsyas by André Le Brun. 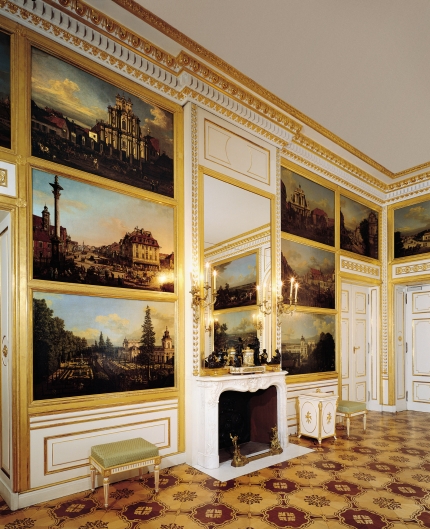 The Canaletto Room
During the reign of Stanislaus Augustus this room was the most important antechamber in the King's Apartment. The interiors were designed by Domenico Merlini in 1776-77. Here the King decided to hang a series of views of Warsaw, painted by the renowned Venetian artist, Bernardo Bellotto, also known as Canaletto. 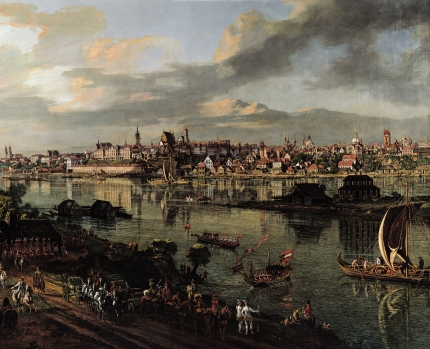 The Canaletto Room,
View of Warsaw seen from the Praga side of the River (detail), by Bernardo Bellotto, known as Canaletto, 1770 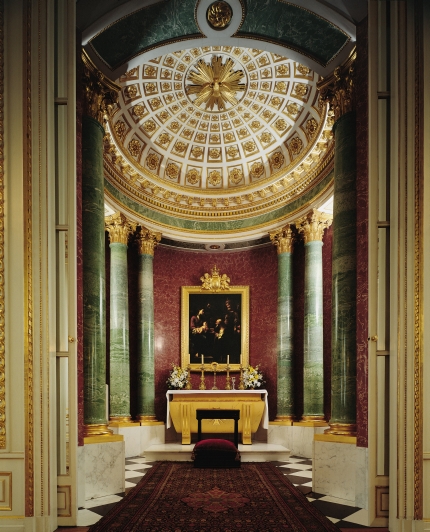 Designed in the years 1776-77 by Domenico Merlini. King Stanislaus Augustus' regalia are on display in the nave of the chapel: his sword, collar of the Order of the White Eagle and his sceptre. 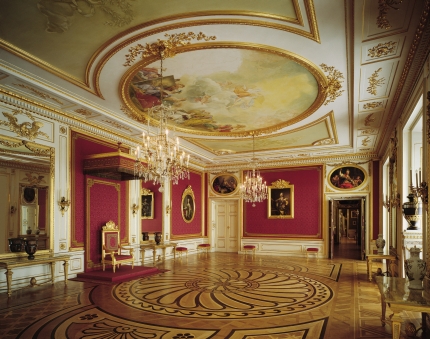 The Old Audience Chamber was designed by Domenico Merlini in 1776-77. It was here that the kings held audience before Stanislaus Augustus created a ceremonial throne room in the Great Apartment.

The artist Marcello Bacciarelli was the co-author of this room. He was responsible for the supraporta depicting the royal virtues: Fortitude, Prudence, Faith and Justice, and the ceiling depicting the Flourishing of the Arts, Sciences, Agriculture and Trade under the reign of Stanislaus Augustus.

The room was reconstructed to look as it did prior to 1939 , and hundreds of original elements (including the eagles above the mirrors) were mounted into the walls. The royal throne is original, whereas the decoration of the throne, including the canopy and backdrop were designed by Andrzej Grzybowski based on descriptions dating from that period. 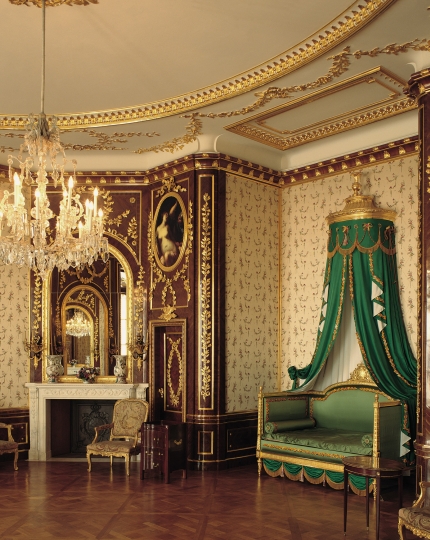 The most beautiful of these interiors was the bedchamber. It was designed by Jakub Fontana, just before his death, and completed by Domenico Merlini in 1775. The character of the room is defined by the beautiful yew panelling, the delicate decoration on the upholstery fabrics and the warm colours of Marcello Bacciarell's paintings: Rebecca and Eleazar and Esther and Ahasuerus. 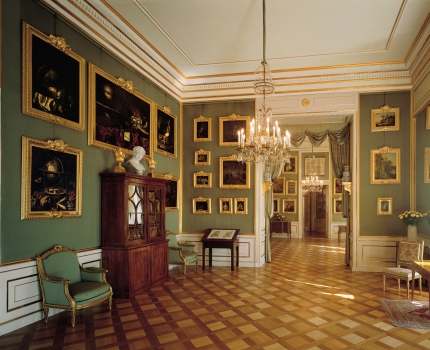 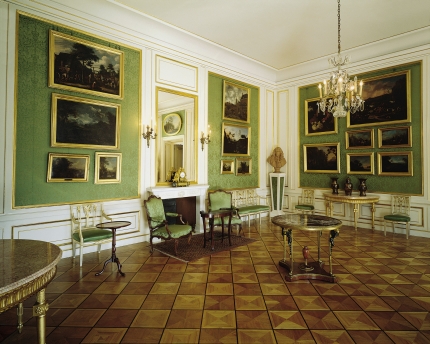 The Green Room served King Stanislaus Augustus as a sitting room and was often used for meetings with ministers and high ranking courtiers. 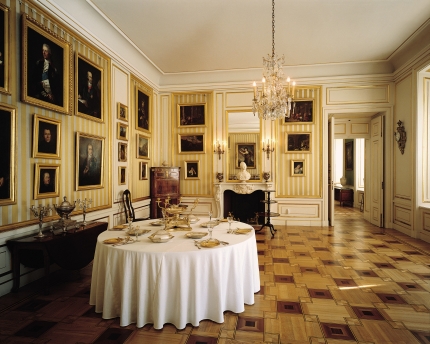 The Yellow Room was used a small dining room. In 1771-1782 it was here that the famous Thursday Dinners were held to which the king invited poets, writers and scholars. This is why the table in the middle of the room is laid, as if awaiting the king’s guests. Portraits of some of the people who participated in these dinners are hung on the walls, including Stanisław Konarski and Franciszek Bohomolec. Above the sideboard hangs an excellent painting of Pelagia Sapiecha née Potocka by Elisabeth Marie-Louise Vigée-Lebrun.

The Hall of the Crown's Horse Guards - the Officers' Room - the Canaletto Room - the Small Chapel - the Old Audience Chamber - the Bedchamber - the Dressing Room and King's Study - the Green Room - the Yellow Room
Photos: Jan Morek and Wojciech Kryński